In its second year, Chinthana Foundation has continued implementation of the project in five schools (Arabala, Garagadahalli, Nandipura, Muguli and Bankanakatte) near Ajjampura, Karnataka with cooperation and support from school children and teachers. Work completed this year included installing or repairing barbed wire fencing to protect the planted trees from animals and intruders. Various types of trees (upwards of 965) were planted on school properties with the participation of school children, teachers and management. Children were also educated on the different types of trees as part of this work. Coconut fibrous husk was used for mulching to hold the water in ground for the plants. Trees and plants were also distributed to the students for planting in their yards with the help of their parents. These children enjoy caring for these trees at their homes. 50 percolation pits were dug (4 cubic ft each) to collect rainwater. This rainwater was used for watering the plants after the rainy season. In addition, a much larger pit (30x20x3 ft) for storing water was constructed in Garagadahalli school area. Various vegetables, grown in kitchen garden units started in three schools late 2019, were used for mid-day meals. This has saved each school about Rs.4,500 in expenses.

Chinthana Foundation has completed several activities during the third year of the “Eco-Friendly Schools and Environmental Education” project. The progress during this year was seriously impacted by the closure of schools due to COVID-19 for a large portion of this period. However, they improved the fencing in 3 project schools (Garagadahalli, Nandipura, and Muguli schools).The fencing, made of the barbed wire/mesh wire tied to stone posts, was made stronger, tighter, and better aligned. This protects the planted trees from animals and outside people, thus helping them grow well without any external disturbance.

A brick wall was built with the local Gram Panchayat funding to enclose the compounds in two schools (Arabella and Bankanakatte). This will protect the trees better in the future, but during the process of building the brick walls, the earlier fence were taken down and many of the plants were damaged by local livestock due to the absence of a barrier.

As was the original plan, there were no new trees planted during the current year. It was difficult to involve the students in the watering and maintenance of the trees because of the closure of the schools due to COVID-19. However, 70% of the trees did survive due to the appropriate maintenance with the local help. By contrast, the 250 plants given to 50 students in the previous years for planting in their own yards with the help of their parents, did much better due to these children being at home for more time. The 150 water percolation pits constructed in the first 2 years were very useful in collecting rain water and then using that water later for the tree plants after the rainy season. The silt in these pits was also later excavated during the dry summer season to apply this fertile soil to the area around the trees. 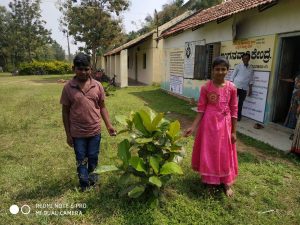 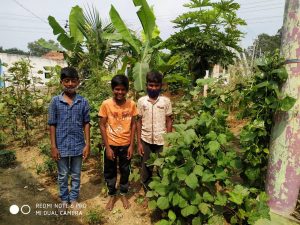 People for Progress in India (PPI) was incorporated in 1978 as a Seattle based 501(c)(3) non profit organization. All donations to PPI are fully tax deductible. 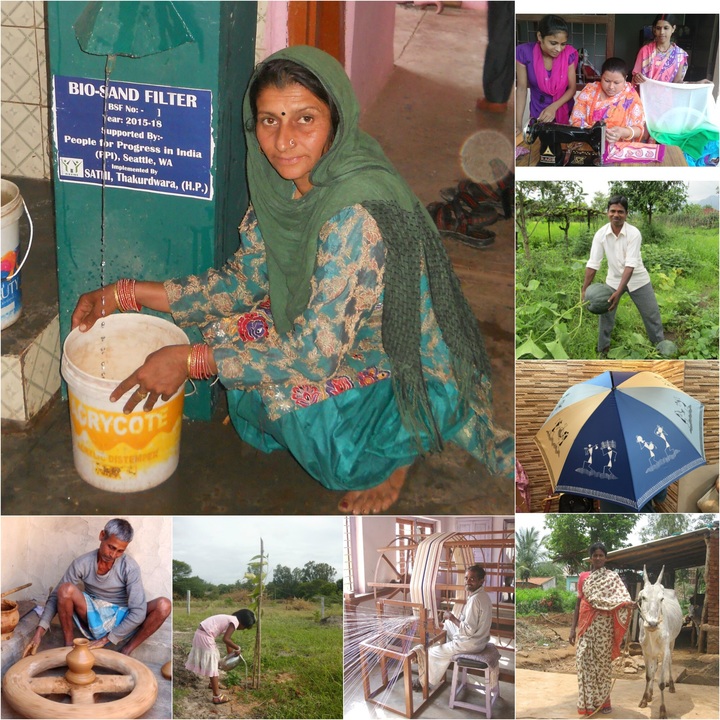